The Sabres are having a draft party on Friday. Unfortunately, I have to work ALL day on this insanely huge (we're talking 4000 subs) order for Subway. BUt we will be out of there (there being the Rich products building downtown) by 6pm I guess so I may head over to the Albright-Knox (if I'm not dead tired/Subway-ed out from the madness of the day) and check what's going down with the fellas. I need some hockey-love in my life!

I am leaving you without a Hockey SAB again! Sorry dear readers, but my mind is blank and not having hockey to watch is not helping that. I did greatly enjoy Goose's interview on the Sabres lunch today. He manages to pull off boyish and dead smokin sexy all at the same time. It's pretty amazing but I love it. Haha

I did not watch the awards show because I had play practice tonight. I'm really happy that Steve Mason won the Calder though! :):)
Posted by S.A.M. at 12:08 AM 1 comment:

Labels: marty is the man

I am a liar

Or at least I was mistaken. I DID tell y'all about my first hockey season. It was buried in a post about how much the Sabres were making me crazy in March- but here it is if you really want to read it.

I know that this blog tends to be rambly- and I'm totally down with that. I'm not a professional, nor did I ever claim to be one. I'm a hockey fan. (Besides, my degree is in Mass Communications- Broadcasting, not Journalism LOL) I write like a hockey fan. My likes and dislikes are somewhat based on reality- stats and whatnot- and somewhat based on gut instinct. I long ago learned to trust my instincts. (it helps when the two align but such is not usually to be..)

So when I heard that this year's NHL Awards were going to be in Las Vegas, my gut instinct was instant recoil- Vegas? Are you even serious? That's not a *hockey town*. I hate that phrase. I hate it when people say that places south of.. say, Cleveland, don't "deserve" hockey teams. I've been to hockey in a lot of random places- (Las Vegas was one of them) and I think there are hockey fans everywhere. Now, some places might not be very financially stable places for hockey, but that is another matter for another time.

All that being said, I still think that LV is not a good place for the year-end awards of the NHL. I really think they should have the awards show in an NHL city at least. I'm not even picky about which city, per se, as long as they have a team. It'd be like having the draft in.. Indianapolis. It doesn't make sense. It seems to me that the NHL prides itself on history (just look at the names on The Cup. Other sports don't DO THAT.) They also (used to at least, maybe I'm living in the past) market their players as a little more down to earth, and less money-grubbing, spotlight grabbing, (bad)headline-creating, "nice" guys. So why do you put those guys (even if they really aren't all of those things) in the "City of Sin"? for their end of year gala? It just doesn't compute. Yeah, I get that LV is all glitz and glamour (I've been there twice and frankly, I was not impressed all that much. The glitz is kind of blinding and the glamour is all a trick) but since when is the NHL a glamourous league? Maybe I missed the memo.

I doubt this will attract any random casual fans, and it may turn off some more traditional folks. I doubt people will stop watching hockey over this (that would be overkill) but again, it just doesn't compute with me. (I will admit to being kind of old school about my hockey views.) An event like the Winter Classic (in a proper venue, not like Phoenix or something) is a GREAT marketing move. It worked wonders in Buffalo and was amazing in Chicago last year. I've heard rumors about Boston next year and that would be sweet as well. The starting the season overseas thing is cool too (though I think they should be pre-season games because of the traveling and whatnot, that makes it hard on the teams..) In any case, that's a good move to get the game on a more "local" level with some fans overseas. Totally down with those things because they grow the game within the image of what hockey is about.

Las Vegas? Not what hockey is about.

Thoughts? Comments? Does anyone even read this blog? I want to know what you think!
Posted by S.A.M. at 10:22 PM 1 comment:

Labels: las vegas, nhl awards, what do you think?

to let you know that I am, in fact, alive. I did not die of sorrow from the Wings not winning (trust me, if I was going to die of hockey angst, it would have happened in 1994, not 2009), I've just been busy. I even missed the anniversary of my first Game 7 and the end of my first season as a hockey fan. (and the first of many defeats) I will eventually expound on that in full, because I'm pretty sure I never have. (and there was no internet- to speak of- in 1994 LOL) Bits and pieces here and there, many teasers, but never a full recollection of my first season as a hockey fan. (I don't think so anyway, do correct me if I'm wrong- I write a lot of things here and in other websites, so I tend to get confused from time to time.)

Also, I keep alluding to it- and I will eventually write a real post, but I think it's gross that the NHL Awards will be in Las Vegas (yes, there is a hockey team there, I've even been to a game) this year. It just isn't a "hockey" atmosphere. I think it cheapens what our League represents and tries to make it too glitzy and glamor-y and that's not what hockey is. (to me, at least. what do YOU think?)

So more on that soon, but not tonight. It's been a long day on not much sleep and I am beat. And as always, I'm still taking suggestions for Hockey Separated at Births...
Posted by S.A.M. at 11:39 PM No comments:

and so on and so forth

Well.. 2008-09 is in the books. Someone had to win, and it wasn't the Red Wings. It was a good series and a good game though. The Wings just couldn't pull it out this time.

I can't watch much more because it's going to become a Cros-fest here any minute- oh wait, Malkin won the Conn Smythe? Good for him. (thankgoodnessitwasn'tSID!)

Well I can hear people chanting "Geno! Geno!". That's a bit strange
Alas, it wasn't the first time and surely won't be the last that *my* team didn't win the Cup- (Stanley, Kelly). It sucks but oh well. It's still so pretty.

Wow mad booing for Bettman. I read a cool article from The Hockey News about how they should change the presentation of the Cup. I like his ideas.. what do you think?

Dunno what all that means except I want a Red Wings win. I busted out my old scraggly Red Wings t-shirt that I've been wearing for 12 years.. it worked its magic last year in game 6- maybe it will do the same this year. :)

I don't have much of an update. I will admit to being a bit of a slacker on the finals this year. It's not that I don't care, because I do- and I like the Red Wings but my actual life has taken a turn for the busy so I've had less time to devote to hockey lately. Now, if it were the Sabres, I'd MAKE the time, but since it's the Red Wings and I don't care about them quite as much, they tend to fall by the wayside a little.

Game 5 was great. Game 6, not so much if you're the Wings. But game 7s are fun. I remember the last game 7 of significance for me- that would be back in 2003- when it was the Devils. Oh man my roomie and I had a good time with that. It was finals week of our senior year of college and we were a bit stir-crazy, to say the least. We made a Devils food cake, decorated some army men to look like Devils players (numbers, names et al) and sent them on a "duck hunt." Then we made a sick Devils banner out of an old sheet and some (sadly, washable so I had to take it inside when it rained) paint to hang off our balcony. I bought some Devils horns and wore them all night and to the grocery store later when they won. It was grand. My only issue was with Marty (or any of the Devs) NOT winning the Conn Smythe. The worst injustice ever in the history of hockey as I know it. I'm still seething.

Meanwhile, that was a great night, and the outcome was most desirable. I only hope that tomorrow is much of the same. :) Let's Go Red Wings!

Oh and here are some pics of the Devils party- 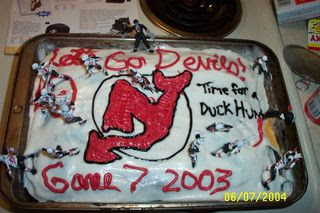 Yick. Sid and Geno scored goals tonight? Grr. Guess Pittsburgh wants to make this a series afterall. oh well, if they win tonight, we are guaranteed at least 6 games and more hockey is really never a bad thing, ya know?

Wow Babcock looks PISSED. I just turned the game on late in the 3rd so I haven't seen much of anything. For some reason I just wasn't that into watching the game tonight. We had rehearsal for my new play (the one that I co-wrote!) so that was cool, plus there's been a boy on my mind lately so hockey (even though it's the Wings, a team I love) has been pushed to the wayside a little bit.

I missed it yesterday but I do have a hockey SAB for you fine folks tonight. The idea came from a comment that Frostee made over in her blog. Enjoy. See y'all for game 5. 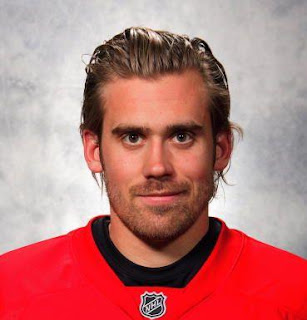 -Henrik Zetterberg of the Red Wings 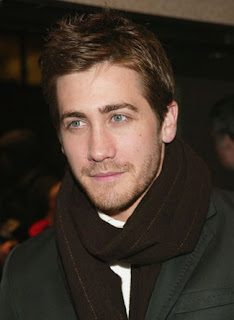 Two lovely gents. I'm diggin on it. Separated at Birth? YOU be the judge. ;)

May I please say again that Crosby's facial hair is super creep-tastic? GRRRRROOOOOOSSSSSS!
Posted by S.A.M. at 10:33 PM No comments: